As the gaming industry prepares to leap into the future with the launch of the next generation of consoles, many are wondering how the experience can be more seamlessly integrated into the everyday gamers life and how the competitive landscape of multiplayer gaming and e-sports can  gain the exposure necessary for it to join the mainstream entertainment market.

While most multiplayer games already provide limited connectivity to social platforms and the current generation of consoles allows for easily uploading gameplay clips, there is still a gap to fill when it comes to exposing non-gamers to the inner workings of the gaming world on the mainstream social platforms.

With information trickling to the public about the technological features that could feature the next generation of consoles, it seems that there will be a greater emphasis on the human aspect of the gaming experience. The possibility of streaming becoming more accessible to would be content creators will undoubtedly help a higher portion of the general public access content in all genres of gaming and attract untapped markets that do not actively search for this content on its designated platforms.

Despite multiplayer titles already making strides to become more widely popular, single player games have yet to take advantage of social media tools in the same manner. A possible method of changing this could come thanks to the rapidly evolving interactive features that social media platforms continue to integrate into their systems. Mobile games have already began offering playable demos that can be accessed on your Facebook feed and with time, these features can be adapted to other platforms in a way that gives would be players a sneak peak of the gameplay mechanics in titles that may interest them.

The sales driven marketing approach that most game developers follow is partially to blame for this steel curtain being built between them and non-gamers and strategies must be adapted to create engaging promotional content that resonates with hardcore fans but also feels accessible to users who have never experienced the immersive stories that can only be found in single player gaming adventures.

As technology continues to evolve and changes our households into a more synchronized and “living” unit, gaming developers and console creators must expand their vision and seize the opportunities available to them by making partnerships that allow gamers to share their experiences with others and invite newcomers into a field that has become somewhat reclusive despite millions around the world dedicating their lives to it. 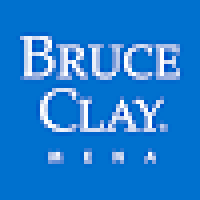